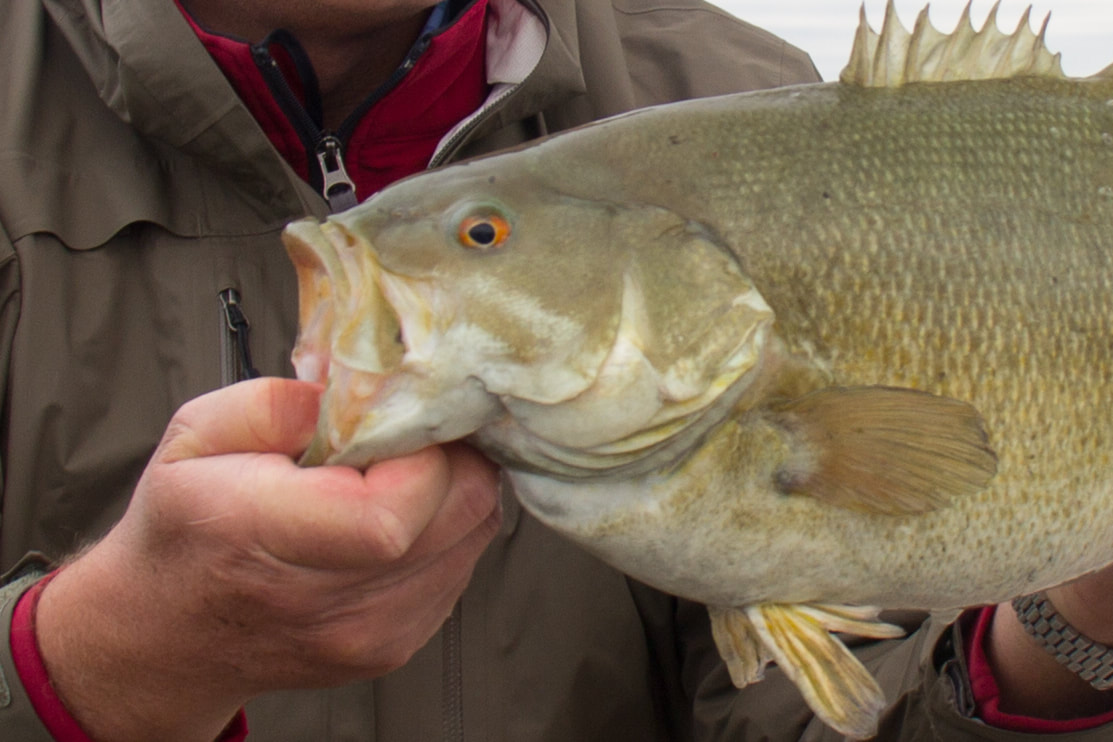 Smallmouth Bass (mid-May through July) – Beaver Island boasts a healthy population of smallmouth with a good mix of small to trophy fish. Unlike many bass fisheries, the waters around the islands are gin clear, allowing you to sight cast. If our smallies are in a good mood, they’re often eager to take topwater. Not many places offer the opportunity to sight catch a 5-pound smallmouth with a surface fly, but the Beaver islands do.

To most people, the Beaver Island smallmouth population seems vast, but it isn’t. While you have the potential to catch dozens of bass in a day, this is because we’re re-catching the same fish. We know this because many of the smallmouths are tagged. We were lucky enough to catch one unlucky smallie 9 times in the same summer. I mention this only to make the point that the Beaver Island smallmouth population is fragile. All smallmouth are released with as little stress as possible.

Non-Fly Fishing – The island’s smallmouth can be caught on light spin gear with all variety of lures. We avoid lures with multiple treble hooks because there both not necessary to catch fish and too hard on fish we’re going to release anyway.

Reminder: All fishing gear is provided on all of our trips at no additional charge. This includes leaders, flies, and lures. Only bring gear if it will add something to your trip.

Gearing Up: Like the carp, you need to step-up a few rod weights because of the wind. A 5 weight is going to be useless on an average Beaver Island day. Often the 8 we’ve got rigged for shallow carp can double as a bass rod.

When our smallies are in a bad mood, often the only productive method is to drag a small streamer slowly along the bottom, a sink-tip can work very well for this.

CONTACT US TO BOOK A TRIP
Proudly powered by Weebly