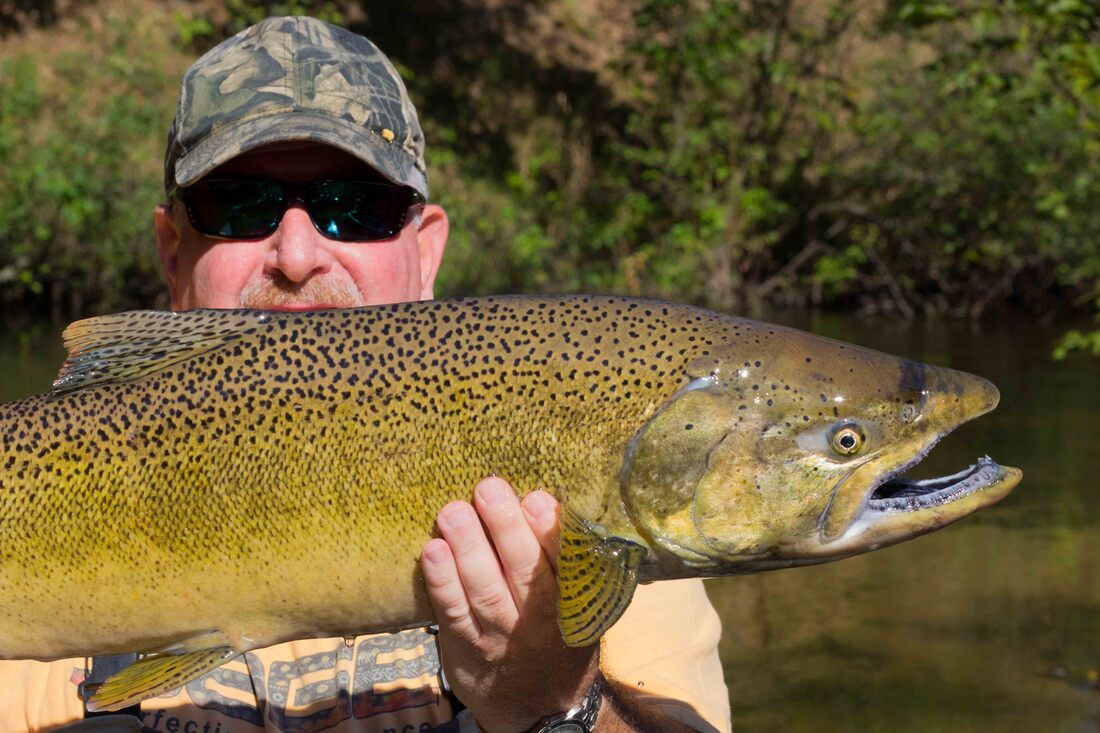 The Pere Marquette River (PM) is our home river, and arguably the premier fly fishing river in the Midwest. The PM is the longest free-flowing river in Michigan, with eighty miles of driftable water from Baldwin to Ludington. This may leave you with the idea that the PM is a big river, but actually, the opposite is true. The PM is a small stream that just stretches on for mile after magnificent mile with each bend offering a new opportunity and adventure.

We also guide other west Michigan rivers on request or when they are fishing better than the Pere Marquette, these would include:

The Big Manistee River is a significantly larger river that is divided by several dams. There are approximately 40 miles from Tippy Dam near Wellston to where the river empties into Lake Michigan, this is the section that has salmon and steelhead. Everything above Tippy Dam is trout except for warm water species such as bass and pike that thrive in the impoundments.

The White River is a good alternative for both fall and spring steelhead. We fish a short 10-mile section of the White River from Hesperia downstream. The White is a hatchery based river, so it often receives a strong run of steelhead. It is a small stream, even smaller than the PM, and well suited for fly fishing. I don’t know of anyone who considers the White a destination, more of an alternative.

The Muskegon River is a big river, we fish from Croton Dan to Newaygo in late spring on years when the other rivers run out of steelhead. The Muskegon is a great fishery but much more urban than the others.
CONTACT US TO BOOK A TRIP
Powered by